Here is The Armchair Family’s potty training story. Through laughter and tears we were able to see our Rooty (two and a half years old) fully potty trained in about two months. It was probably less than that, but the two month mark is where I feel comfortable saying that she was fully trained.

My family recently made a move cross country. Two weeks before we moved, in the middle of packing, I found out that I was pregnant again. This was mostly good news…except that, for me, pregnancy is 40 weeks of feeling like death wrapped in a bundle of hormones and discomfort. To mix that combination with setting up a new household resulted in a level of unimaginable craziness.

Shortly before our move, Rooty started showing signs of wanting to use the potty on her own. She had been showing signs of readiness for several months, but I ignored it knowing that our move was imminent and not wanting to deal with a regression during that time.

I tried as hard as I could to put her off after we moved with the hope that I would start feeling better at some point (Spoiler alert: I never got better). I was doing well enough to make sure she wasn’t starving to death or burning the house down and didn’t want the added stress of potty training.

Rooty had her own ideas, however. It wasn’t long after we were settled before she started putting herself on her potty chair or asking to be put on the toilet in her bathroom. As I lay on my sickbed, I was flooded with visions of her peeing and pooing all over my new furniture. I realized that I wouldn’t be able to rest until we had established some kind of Potty Plan.

Daniel Tiger was integral in helping us potty train. “If you have to go potty STOP and go right away!”

I mentioned offhand to Mr. Armchair that we needed to get Rooty some training pants so we could begin potty training. By training pants, I meant the thick, absorbent underwear that people used before pull ups came out. I hate pull ups. But I’ll get into that in a moment. 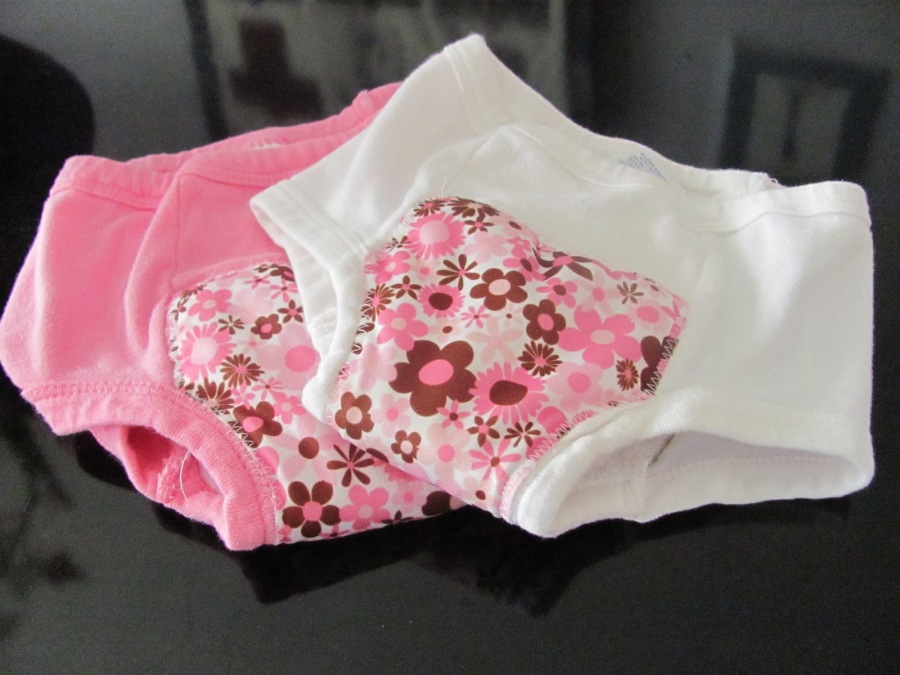 These are training pants. Get these when you potty train. DO NOT GET PULL UPS!

Not knowing the difference between the type of training pants that I was asking for and pull ups, Mr. Armchair flitted off to Walmart and bought  a package of Dora the Explorer pull ups and put them on Rooty before I could get my scrambled eggs pregnancy brain around what was happening. And Rooty LOVED the stupid things and refused to wear regular diapers. And by refuse, I mean that she went into full toddler demoniac mode complete with screams and all manner of flailing and evasion tactics at the mere suggestion of wearing regular Huggies. 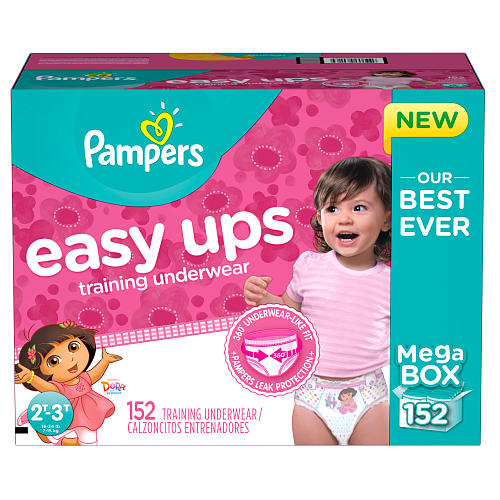 Rooty loved these stupid Dora Diapers. Loved them. We don’t even watch Dora.

And this is why I hate pull ups…

They are nothing more than an expensive version of the diapers that parents have to sell organs on the black market to afford. They do little to nothing to help a child learn when they need to go. I don’t understand why so many parents fall for this gimmick astutely crafted by the diaper industry to keep you paying outrageous prices for something that you need, because who wants to spend the first two to four years of your children’s lives mopping up a steady trail of excrement?

Pull ups are only good for bedtime or when you’re outside the home with a child who hasn’t mastered bladder control.

Trust me on this. If you go from diapers to pull ups, your kid is going to have a hard time understanding why he can’t continue to pee on himself. It doesn’t matter if he hates the feeling of being wet because pull ups are more absorbent and makes it harder for a kid to know if he’s wet. You might as well let your kid eliminate on a $100 bill and throw it in the trash afterward.

If you’re intent on buying pull ups, may I suggest this usage for your money.

I wasn’t sure how to get started with formal potty training, so I took to social media to ask what methods worked for those who had been through this before. The prevailing wisdom among my friends was to either put Rooty in big girl undies or let her go around naked because she would eventually figure out when she needed to use he potty.

We bought her some Avengers panties and went to it. We cleaned up a lot of pee that first week, but she started to get the hang of it. It took another couple of weeks for her to become consistent with communicating the need to go.

We used pull ups when she slept and for extended times away from home. We eventually started putting her in regular underwear for short outings and worked up to full time wear.

At home, we required Rooty to wear underwear or to go bare butt. No exceptions. Most of the time the choice was bare butt. I don’t know why. It took a few weeks for her to want to wear clothes again.

I had very little expectation for her to stay dry at night for at least six months to a year, but she’s done well with it. It usually means a million trips to the potty in the first hour of bedtime, but I’ll take that over changing pee-pee sheets every morning.

This is the potty chair we have. It sings when they pee and/or poop, which is very convenient in the early stages of potty training.

The best advice that I can give to any parent starting this journey is to take it slowly. I firmly believe that taking your time with potty training is better for everyone involved and results in fewer and less dramatic regressions.