What no one will tell you about bitterness…

Instead of doing the whole click-baity thing where I make you read the entire post word for word, I’m just going to write the ‘pay off’ first.

Being bitter feels good. Plain and simple. It feels good to have a symbolic whipping boy that you can pull out and beat whenever you need a pick-me-up.

That pick-me-up comes with a serious catch: You have to keep pulling the thing that you feel bitter about out in order to keep the ‘good vibes’ going. If you leave it alone you wind up feeling  worse about it.

Bitterness feels good when you nurse and rehearse the offense that caused the bitterness to take root. Bitterness feels even better when you enumerate everything that’s bugging you and punctuate it with, “But I’m not bitter or anything.”

Being bitter is like smoking cigarettes: It feels good, but it’s actually killing you from the inside out.

Here’s the thing: Bitterness comes from a sense of entitlement. Think of all the bitter people that you know (or reflect on times when you’ve been bitter). What do they all have in common? I’ll bet you a dollar to a chocolate, creme-filled donut that at least 80% of the Bitter Betty’s that you know feel like they didn’t get something that they thought was owed to them. 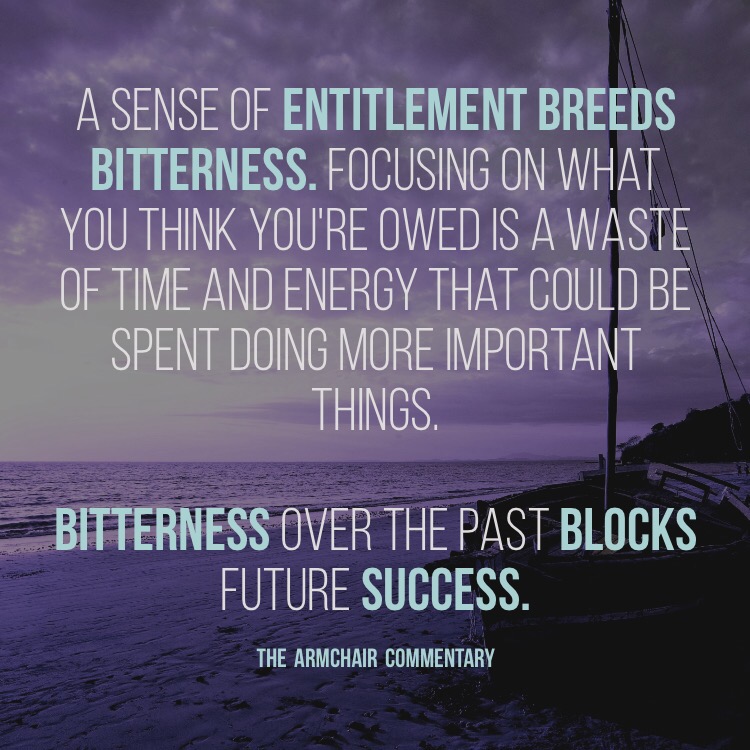 I knew a young man, we’ll call him Ralph, who was extremely talented in his particular area of expertise. Ralph was regularly recognized for the level of talent he possessed and for his performance in his particular skill set. There came a time when a certain opportunity arose for something that he could’ve done with his eyes closed.

Ralph was certain that he would be offered this opportunity. He was astounded when the powers that be seemingly overlooked all of his talent and contributions and decided to offer the opportunity to someone else.

He felt hurt and angry that some of the very people who sang his praises had withheld this opportunity from him. He felt rejected. He felt that he was way more deserving than the person who was picked.

I watched as Ralph’s hurt and anger devolved into bitterness.

The root cause of Ralph’s bitterness was his feeling that he was owed something. He’d done a lot of good things and made a positive impact.

What he failed to see is that he was most likely overlooked because he had some character issues that probably would’ve prevented him from being successful if he had been given the opportunity.

Bitterness steal your joy and your chances to be successful by causing you to focus on all the wrong things.

It feels good to be bitter, but bitterness ultimately leads to nowhere.

Remember Uncle Rico in the movie Napolean Dynamite? Uncle Rico was bitter dennamug. He was fixated on not getting put in a high school football game, and it pretty much messed up the trajectory of his life. 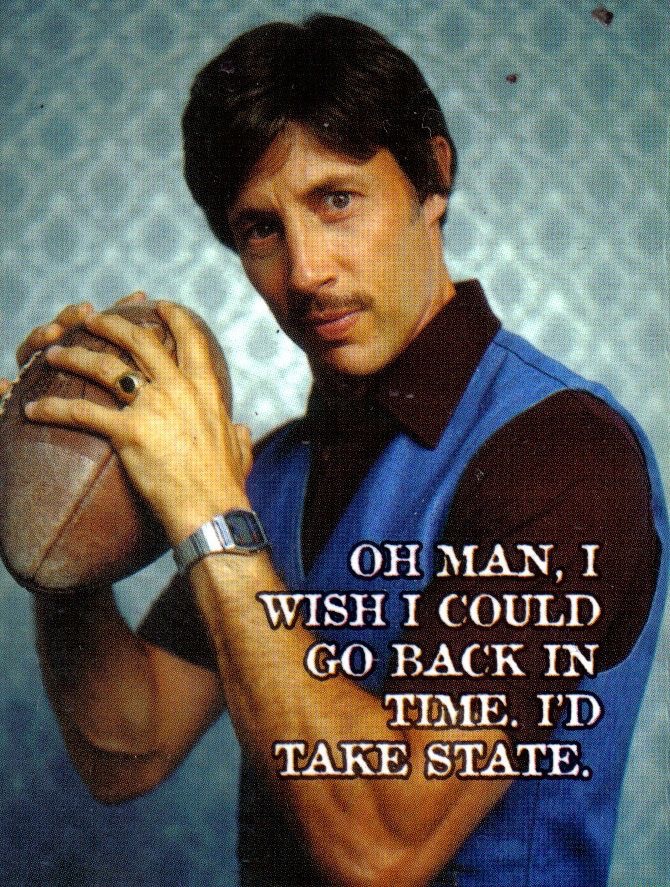 When you’re bitter, you’re like Uncle Rico  talmbout how his high school football team could have been state champs. In other words, there’s a point when being bitter makes you look and sound pathetic. There’s a point when you have to choose whether or not you will rise above unfavorable circumstances or stay in the feedback loop of bitterness.

There ARE other options. Choose determination. Choose joy. Choose to rise above the things that have torn you down. Choose NOT to drink the slow-killing poison of bitterness.