When LeBron James met the Duke and Duchess of Cambridge this week after a game, he committed a huge faux pas when he put his arm around the Duchess during a photo-op.

It’s obvious that LeBron doesn’t watch Downton Abbey. Otherwise, he would know that the British have rules for everything. Touching royalty is a huge no-no for the Brits.

Thankfully, Princess Kate (I know that isn’t her title, but that what I like to call her), is super chill and didn’t clutch her pearls or faint and need her smelling salts when it happened, but by the looks of LeBron’s pit stain, she shoulda done something. I really hope he didn’t break protocol and make her dress funky.

I’m not sure why LeBron was acting like he didn’t have any behavior. Perhaps he was caught up in the moment and completely forgot. Maybe he wasn’t wearing his listening ears in the locker room when the team was briefed on etiquette. Or maybe it’s because this is America and we don’t know all of the rules.

No offense to any of my British readers (of which there are several), but:

This is Murica. We fought a war so we wouldn’t have to follow these kind of rules…well maybe not. Murica. Freedom.

(Brief moment to be loudly and proudly American) 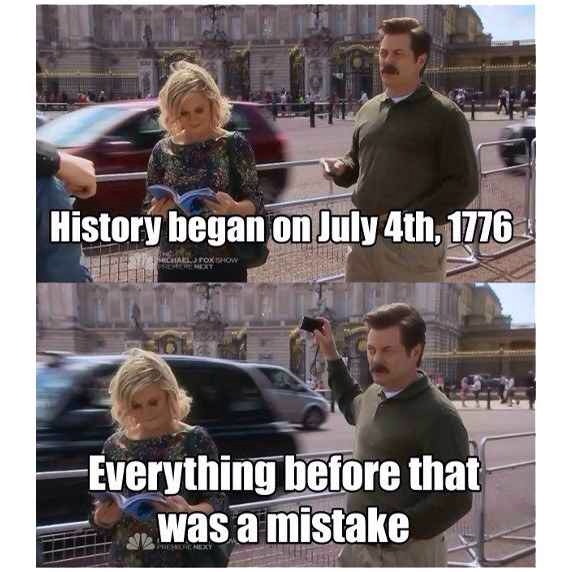 But (somewhat) seriously: Why can’t Americans act like we have any home training when we get around the British? We act like that one annoying friend or neighbor who barges into your house unannounced and starts going through your refrigerator and touching your food without washing their hands. It’s like we don’t even try to be proper.

Barack and Michelle both have broken protocol with the Queen. I love the POTUS and FLOTUS but really? Did no one brief them or did they simply not give any bothers.

Either way, it is what my Grandma would call, “Right embarrassin’.”

As much as I think we should do our best not to look like uncouth idiots in front of the British, do we really HAVE to follow their rules when they’re over here? I totally understand making an effort to be culturally sensitive/appropriate and making your guest feel welcome, but how is it that we have to follow protocol in England and in our own country?

Big ups to the Duke and Duchess, though, for not seeming like they were offended, even if it was rather an awkward moment.