I’ve been anxiously awaiting the day for 90s fashion (particularly mid and late 90s fashion) to return in full force (and it’s happening…squee!). However, as I reflect upon one of my favorite fashion decades, I realize that a lot of 90s fashion isn’t all that.

Here are some 90s style trends that should NEVER happen again:

Chokers: I don’t even understand why chokers were a thing. I guess they were/are kind of cute, but every time I look at one I remember that feeling of, well, being choked. I had a couple of chokers back in the day, and I could never wear them for long because I was afraid that they would find some subtle and sinister way to choke the life from me.

Does anyone else feel like they’re choking when they look at this?

Floating necklaces: Floating necklaces were one of those things that required a little money to be spent in order to actually get the look down. Unfortunately, most people weren’t savvy to this tip and ended up looking foolish. The novelty of a floating necklace that, when done well, it looked as if the jewels were glued to your ches. In reality, most of us looked like we had a piece of jewelry hanging from a thick piece of fishing line.

I remember watching the Home Shopping Network once, and the host gave this type of jewelry and unfortunate nickname: Floater(s)

The bodysuit: I never owned one of these, but I had older friends who did. The idea of a shirt that snapped at the crotch left me with so many questions: What do you do if you really have to go to the bathroom? Were those snaps uncomfortable? What happened if you were really sweaty?

How long did it take this chick to get undressed enough to pee?

‘Frosted’ hair: This was a 90s guy trend that started with good intentions but ended in a lot of foolery. The idea of ‘frosting’ ones hair originated as dying the tips or only random strands of one’s hair blonde. The end result for most teenaged boys who engaged in this trend was for the top of their entire head to be dyed completely blonde to the roots (when it was just supposed to be the tips) while the sides and back remained dark. To add insult to injury, some guys’ hair turned a brassy, orange color instead of blonde. 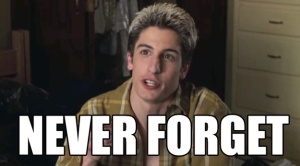 Shaved head ponytails: For every one guy who was able to pull this style off and make it look hot, there were about 20 others wearing a black ‘No Fear’ shirt and JNCO jeans who were completely second guessing themselves. 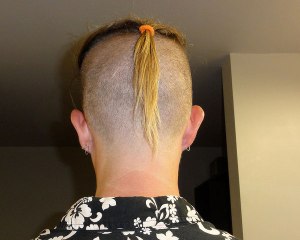 Guys with struggle middle parts: When done right, the 90s middle part was a beautiful thing. A bowl cut parted in the middle with the extra hair loose and whispy, falling down into the eyes and requiring a full hand sweep of the hair backward off the forehead. Or perhaps longer locks with the front part of the hair tucked behind the ears that always needed to be re-tucked. Oh those stubborn locks. 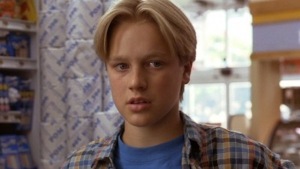 Unfortunately, not everyone was able to pull off the middle part. Some guys ended up with the Tepee Part, which was the Bowl Cut Middle Part’s less attractive older brother. Others (usually guys with curly hair), ended up with what I like to call the Struggle Part. The Struggle Part had to be held in place with copious amounts of water and hair gel and it never looked as cool. 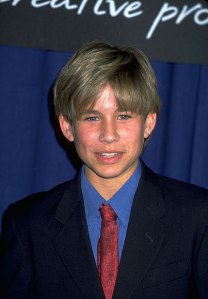 Jonathan Taylor Thomas sporting a tepee part. Not one of his finer moments.

Sad lip liner lips: Frosty lipstick with dark brown lip liner. Bleach blonde hair cut to frame the face. Dark roots. This was the look of a 90s vixen. Black girls did a similar look that involved lipstick that was in the dark red, pink, and/or purple family that was lined with black eyeliner. Sometimes the eyeliner was blended for an ombre look (which is a high fashion trend now). I may or may not have participated in this trend. 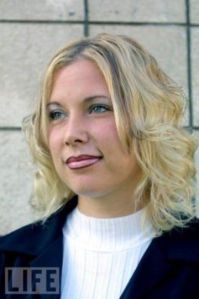 Sadly, this picture is actually from like 2009 or thereabouts.

Butterfly clips: This trend can best be described as cornrows that only went about a quarter of the way back adorned with various rubber bands and clips. It was a staple at proms, homecoming dances, and middle school graduation ceremonies in the late 90s and early 00s.

Topanga…just…no…why? Why did you steer us wrong? 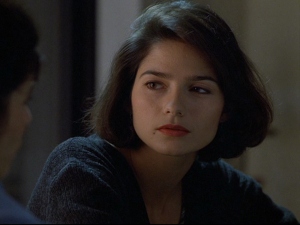 What 90s fashion trends do you hope never again see the light of day?